Jupiter OLS is a site-specific, high-speed video based lightning location system, that detects 100% of lightning return stokes and pinpoints the location of lightning strikes with unprecedented accuracy.

Jupiter OLS was developed following years of research into the physics of lightning, high-speed data acquisition systems and state of the art sensing equipment. The performance and value of this system has been validated during extended deployment and testing at NASA’s Kennedy Space Center, where the systems monitor critical NASA payloads and facilities.

Each Jupiter OLS installation is configured specifically for the site and monitored assets. Smaller sites can be monitored with a single camera, and two or more cameras may be required to provide multi-angle image captures and/or precision surveillance of larger sites.

The heart of Jupiter OLS is a unique, high-speed image acquisition and processing system designed to quickly and accurately capture the optical radiation of lightning. The system automatically photographs and records critical data about the lightning strike and immediately sends actionable alerts. Jupiter OLS monitors all lightning interaction with your assets and facilities 24/7 with zero system downtime. 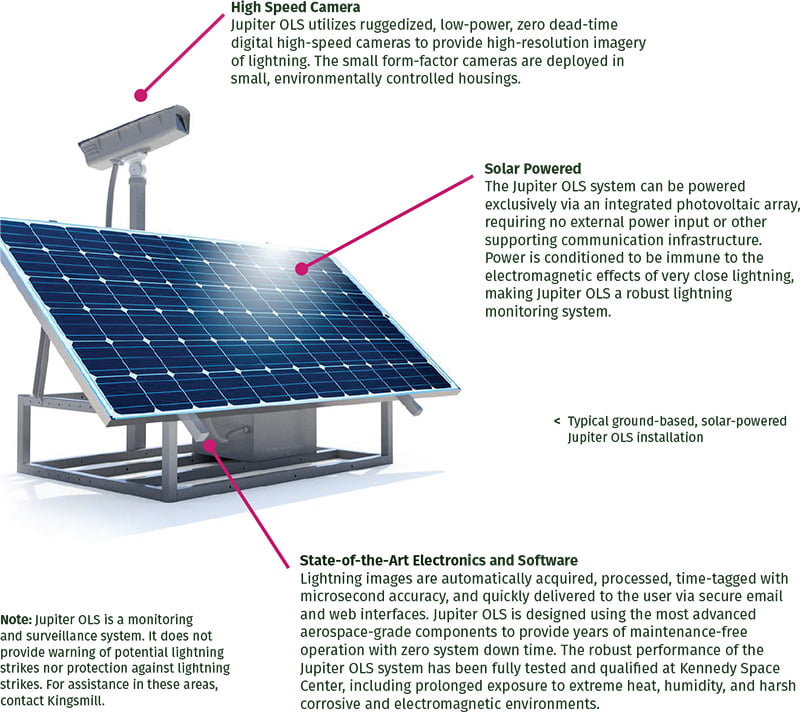 Kingsmill Industries uses cookies to optimize your experience on this site and to offer you services and communications tailored to your interests. By continuing to browse our site, you consent to the use of these cookies. Ok